Arnold Schwarzenegger’s been a leader in everything he’s done. He understands human nature. But he didn’t always. Nor did he speak English when young.

Here is one of his first encounters with both…

This is Reg Park. He was Arnold’s idol while growing up in Austria.

He played Hercules in multiple films. 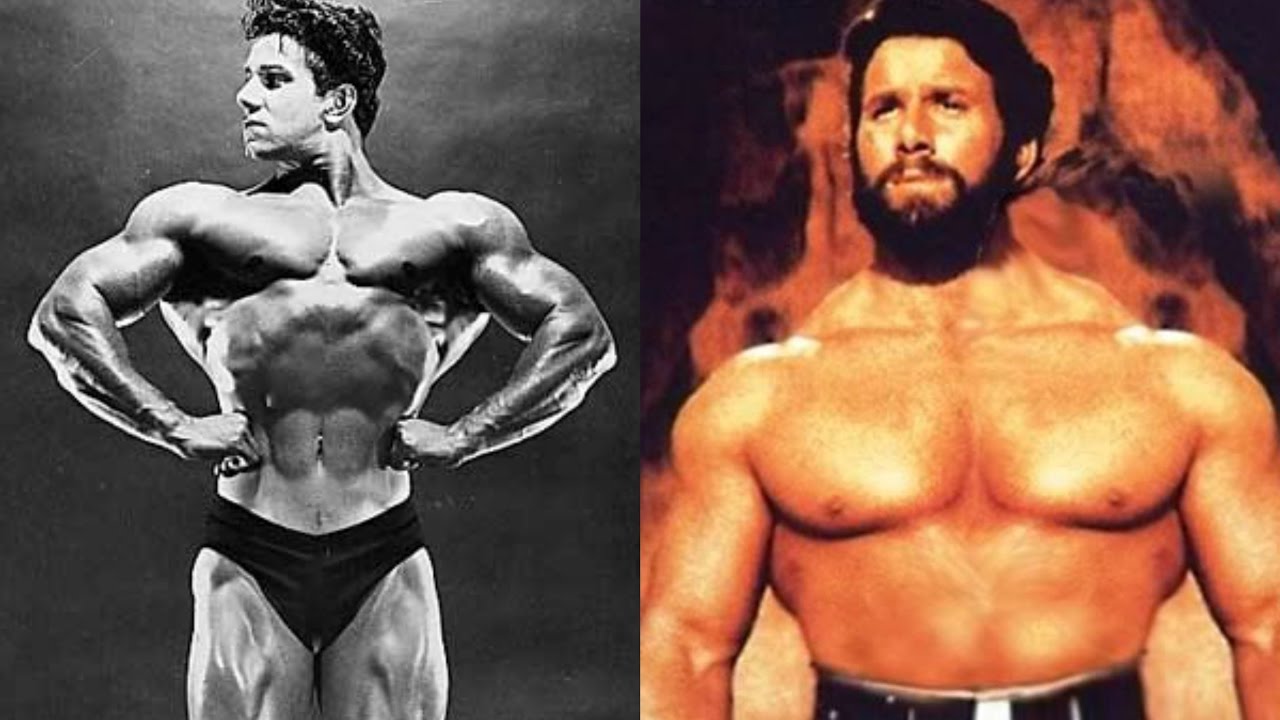 Reg invited Arnold to do an exhibition bodybuilding show in Belfast. 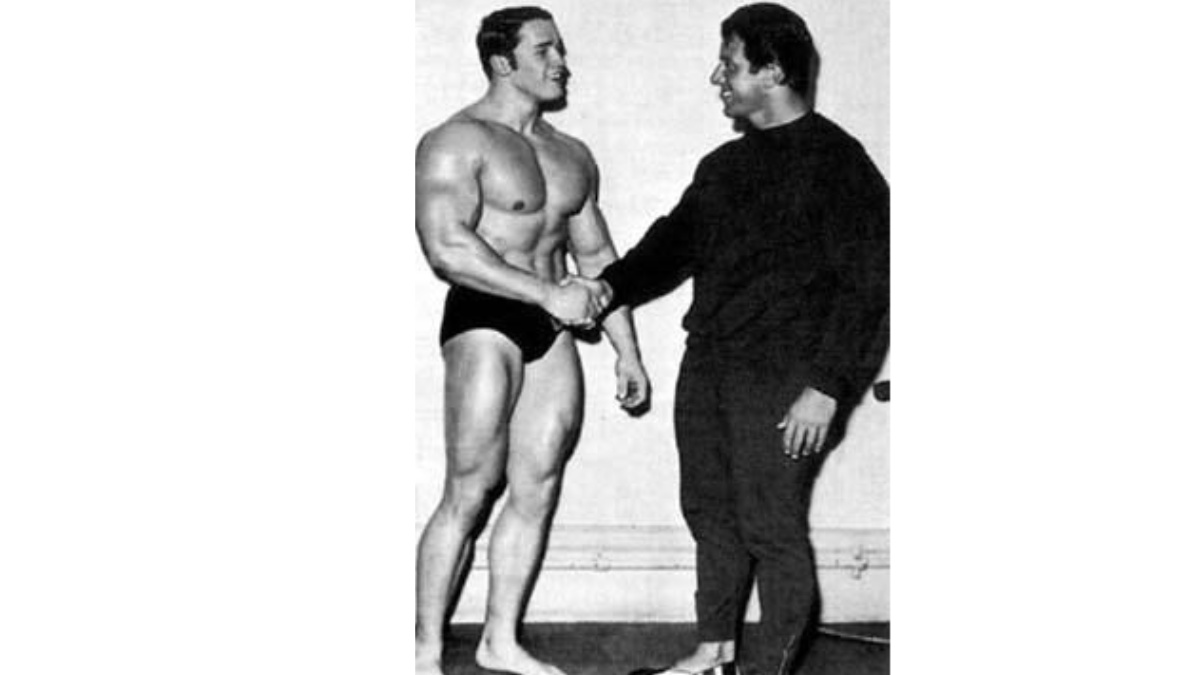 In Belfast, Reg performed in front of a crowd of 100 screaming fans. Reg then called Arnold up to the stage.

Reg moderated while Arnold showed off his strength. He would perform a two arm curl of 275 pounds and deadlift 500 pounds five times.

Arnold finished by posing and received a standing ovation. Arnold was ready to leave the stage, when he heard Reg say, “Arnold. Come over here.”

When Arnold got to the microphone, Reg said, “Say something to the people.”

“Hey,” Reg said. “That’s very good. Let’s give a little applause. That takes a lot of nerve for a guy who doesn’t speak English to say a sentence like that.”

Reg started clapping. And then they were all applauding. Arnold loved it later recounting, “All of a sudden I felt, gee, this is amazing.”

Reg: “I remember you telling me earlier that this is the first time you’re in Belfast, and you couldn’t wait to get here, right?”

Arnold: “I couldn’t wait to get here.”

And every sentence Reg said for Arnold to repeat, Arnold got huge applause. Arnold absolutely loved it.

But he didn’t force Arnold to learn. Reg aligned with human nature. He got Arnold to want to learn for himself.

Shortly after, Arnold dove head first into learning English. He took as many classes as he could.

Arnold continued to study and emulate Reg Park until he found his own style. 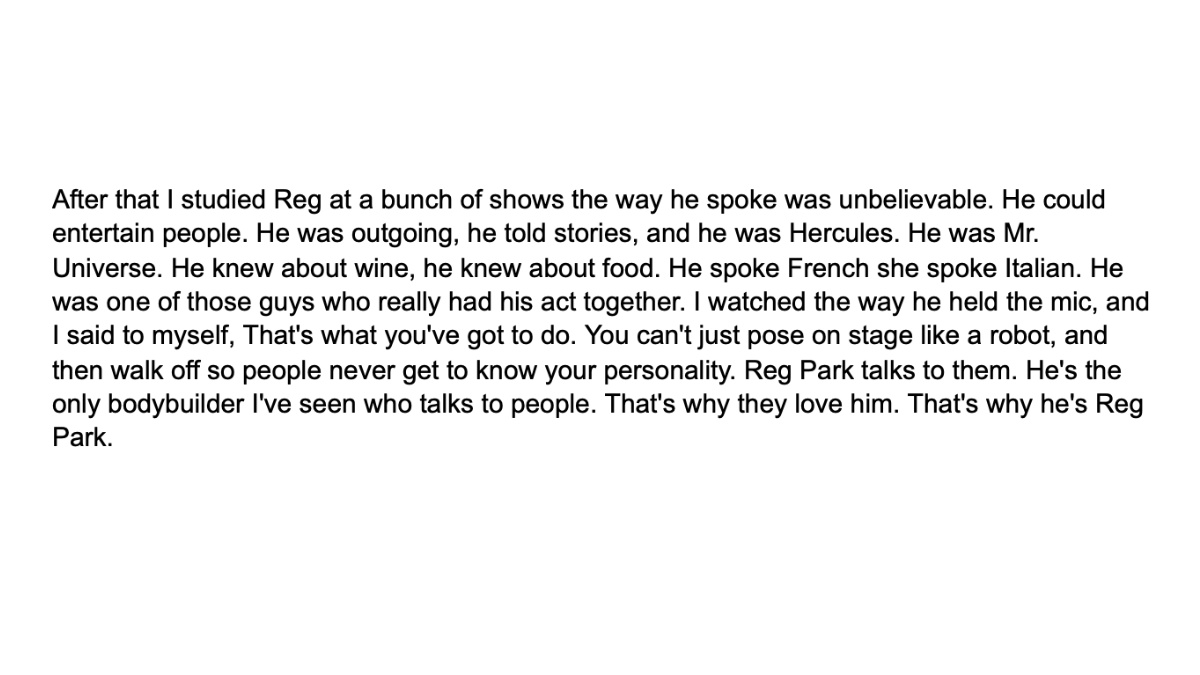