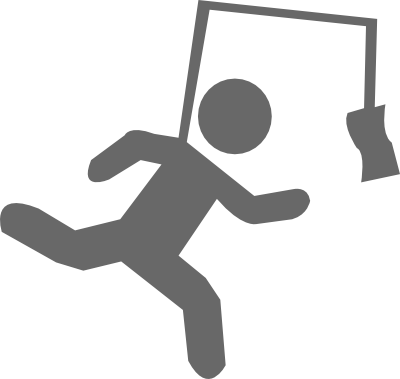 But her story got people’s attention. It continues to draw attention, for the wrong reason.

Scheiber wasn’t born rich. Nor was she a savvy entrepreneur. She had retired in 1944 after a 23-year career as an auditor for the Internal Revenue Service. It was in the stock market Anne Scheiber gained her wealth. She lived significantly below her means, bought and held. She compounded her money. Headlines read how she turned $5,000 upon her retirement into a $22 million portfolio 51 years later. A 17.8% compounded annual return for five decades is truly head turning.

Below is her stock portfolio in 1995.

Whatever amount Anne Scheiber started with, her attorney and estate executor said she likely started with $21,000 in 1936, Anne’s story should be more of a cautionary tale. Lust for fortune can consume more important things in life.

Life is more than compounding money.

Imagine passing away and your attorney says the following:

She was the loneliest person. I never saw her smile.” - Benjamin Clark

Anne Scheiber was a successful investor. She possessed textbook frugality, austerity, and rationality. She benefited from living a long life, amassed a fortune and gave it away.

But this all came at a cost.

Anne Scheiber was a recluse. She didn’t have a family, nor did she try to form meaningful relationships with those around her. This stemmed from a deep distrust of others. Her attorney Benjamin Clark and financial broker William Fay were her only acquaintances.

Virtually all of her time was spent following the stock market. We can’t confuse the destination with the journey necessary to get there. Scheiber deprived herself from what makes life worth living.

I don’t think she knew what it was like to love or be loved. That was the saddest thing of all.” - Benjamin Clark

One can be inordinately consumed by the markets and stocks. The same can be said about frugality.

Don’t Take it Too Far

Would you like to be remembered for over-the-top frugality?

For instance, Anne Scheiber once took food from a meeting of shareholders and consumed it over the next three days.

Anne Scheiber habits weren’t much different than other misers of the past such as: John Elwes; Hetty Green; Ephraim Lopes Pereira, Bardon d’ Aguilar; Alfred P. Shonts and Daniel Dancer.

John Elwes was the inspiration of Ebenezer Scrooge in Charles Dicken’s 1843 novella, A Christmas Carol. Elwes’ father died when he was four. The father left nearly a hundred thousand pounds to John’s mother. She would starve herself for fear of becoming too greedy.

In 1763, Elwes inherited his uncle’s fortune of £250,000 (approximately $63 million). Despite possessing a fortune, Elwes lived like an unhappy pauper. A biographer recounted:

He would eat his provisions in the last stage of petrifaction rather than have a fresh joint from the butcher, and at one time he wore a wing about a fortnight which he picked out of a rut in a lane and which had apparently been thrown away by a beggar.

That wasn’t it. Elwes miserliness came at the expense of others. He owned property and consciously forbade repairs. His tenants and servants went without fires to save on costs even when many windows were without glass. That left them frequently catching colds. Everyone despised the man.

To save bed coverings, before his death, he would go to sleep completely dressed with boots and hat on.

Hetty Green was daughter to one of the richest whaling families in New Bedford, Massachusetts. By her early 30’s, she inherited around $7 million dollars from various family members. Then through shrewd investing, she parlayed the fortune into more than $100 million becoming the richest woman of her generation.

Hetty’s frugality was legendary despite her fortune (~$5 billion today). She always dressed in worn out black shabby dresses, as shown below. And she had a permanent scowl on her face. A reporter followed her in the late 1890s, he recounted an episode at a hotel, “The hotel clerk smiled as he passed the bill through the little window, but she [Hetty] did not smile in return.”

When her son Ned broke his leg, Hetty tried to cut costs by getting him admitted to a clinic for the poor. This led to delays on Ned receiving proper initial treatment. Ultimately after years of trying to repair the damage, Ned’s leg had to be amputated.

And when a Chicago minister couldn’t make a monthly payment on the $50,000 mortgage on his church, Hetty said: “You had better pray for my soul then, because I am going to foreclose within thirty days.” She did.

Ephraim Lopes Pereira, Baron d’ Aguilar, spent his early years at an Austrian court where he lived a life of indulgence. Then in 1756, he moved to England and increased his fortune by marrying the daughter of Moses Mendes da Costa. A lifestyle of decadence didn’t satisfy him, however.

Ephraim, now worth about $1 million, retreated the “good life” to becoming a farmer. He traded in his gowns for dirty clothes and refused to spend money on new ones. His farm quickly won the name “starvation farmyard” because his livestock looked to be starving. It wasn’t due to poor funding but to Ephraim’s stinginess. Ephraim insisted that peasants couldn’t feed the livestock unless he was present. He wanted to make sure that nothing was stolen or wasted.

Alfred Shonts love for money hurt NYC’s subway passengers. Shonts found old, antique tickets and recirculated them to save money. It was only later that the public found that the tickets disintegrated in their pockets. Thus, their tickets were useless and they lost their money.

Daniel Dancer, and his sister, acquired a large tract of farm land when his father passed away in 1736. In spite of this, Daniel and his sister lived as if they were the poorest people in town. When Daniel’s sister was dying from cold and starvation:

[Daniel] refused to summon medical aid on the ground that he could not spend his money for medicine, because if the ‘old girl’ was going to die the doctors couldn’t save her anyhow.

To save on money, Daniel didn’t cultivate any of his farm land. He decided it was easier to live a miserly lifestyle. And when neighbors worried Daniel’s dog was killing their sheep, and threatened to have Daniel pay future damages, Daniel chose to do the least costliest thing. He took his dog to the local blacksmith and had all the dog’s teeth broken off. Instead of using his capital in ways to benefit society, Daniel hid money in various places throughout his house, “or rather the heap of ruins.” Ten thousand pounds was also found hidden in a manure pile.

All of us are interested in stocks, markets and business. What we need to watch out for, however, is focusing all of our time and attention on “the game”. That is obsessing over the gathering or preservation of our personal account.

Money to Anne Scheiber, and the misers above, was an end to the means. Not a means to an end. Unfortunately their quests for money split them from the rest of the world leaving them to live a lonely life.

A better example of frugalness to follow would be Bob Kierlin of Fastenal.

While Anne Scheiber gave $22 million away, she might have led a more fulfilled life by actually spending some of it on herself and others during her lifetime.

The sin of obsessive frugality is just as bad as the sin of greed. Both are sins of selfishness.

Life is More than Compounding Money.