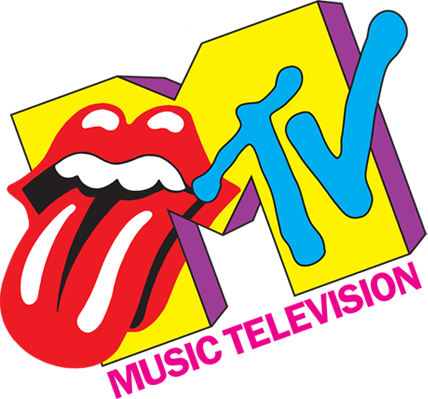 This story is a masterclass in:

The company lost close to $50 million in that first year of development.

Distribution was a huge hurdle.

Dale Pon and his firm LPG were hired as MTV’s advertising agency.

Dale understood media promotion better than anyone in America. Anyone."

“Rock’n’roll wasn’t enough for them – now they want their MTV!”

MTV ran that line in trade magazines. It didn’t work. When MTV walked into cable operator offices they’d get called the cable brats.

Dale decided to give the tag line a twist.

Dale and his partners pitched “I want my MTV!”.

Dale made sure to emphasize that in a clip rockstars would shout “I want my MTV!” with pride.

The idea was absolutely crazy.

MTV needed the biggest rock stars to buy in and endorse MTV with the slogan.

Unfortunately back then, rock stars had no clue what MTV was and how music videos would benefit them.

And MTV had no money to pay.

The Rolling Stones had just finished their Tattoo You tour. It was the most successful tour of that year (grossing $50 million).

Mick Jagger, the Stones' lead singer, was the hottest rock star in ‘81.

MTV execs decided if they could get Mick Jagger to do it, it’d work.

After some string pulling, Dale Pon, Les Garland & Joan Myers flew to Paris to convince Mick Jagger to endorse MTV with the slogan.

Mick: “Okay, Garland, tell me what you want.”

Les: “I’d like to convince you to go on camera to help us with a new ad campaign, and all I need you to say is, ‘I want my MTV.’”

Mick: “You want me to do a commercial?”

Les: “Well, that’s not really true. I was at Atlantic [Records] when Jovan sponsored your tour.”

Mick: “Well, we got paid a lot of money for that.”

Les: “So what you’re saying is, you do commercials for money.”

Les: “Mick, we don’t have any money. But if this is about money, I’ll give you a dollar.”

Les threw a dollar on the table. Mick looked up and he said, “I like you Garland. I’ll do it.”

Mick Jagger did the shoot (see at 4 sec mark)

MTV then used Jagger to get other artist’s cooperation.

Dale Pon then systematically had MTV advertise these clips in markets where they could afford to flood TVs for 4 weeks and where critically large cable operators were on the fence.

No one alive in front of a television set in the summer of 1982 could ever forget Pete Townshend, with the wackiest haircut of his career, shouting at the video camera:

America! DEMAND your MTV! Call your cable operator and say, “I WANT MY MTV!!”

Kids bought in. They flooded their cable operators with calls demanding “I WANT MY MTV!!”

Why did it work?

Asymmetry in warfare. MTV didn’t face cable operators head on. MTV recruited their demographic to do the work for them.

To motivate the troops, MTV needed to tap into something people cared about.

The “I want my MTV!” campaign was a huge success because it blended the 3 appeals above together.

And to motivate the biggest rock stars to do the slogan, MTV tapped, again, into the three emotional appeals of people.