If your goal is to find & buy the next

Emulate the guy in the story and your chances go up exponentially.

In 1959, Columbia Records was out of touch. Young Americans were no longer into jazz or classical music, Columbia’s core.

They were interested in new artists that Columbia’s A&R (artist & repertoire), talent scouts, had no handle on.

Colombia’s president Goddard Lieberson needed a miracle to turn the ship around.

Lieberson made an odd decision. He rehired John Hammond who once had a track record for discovering hidden talent.

During the depths of the Great Depression, Hammond, at 22, discovered and produced the unknown Billie Holiday. She went on to revolutionize jazz music. Her popularity cut across the rigid ethic lines of the day.

Looking at the surface, though, John Hammond was not a sure bet. He had been out of music for two decades.

Now John was a dusty, old 50 year old. He only showed an ear for yesterday’s jazz talent. Music tastes had changed. This time it was different.

But to write John Hammond off in 1960 meant you didn’t understand the man, nor his process.

In 1961, Hammond re-immersed himself in the youth counterculture.

Instead of frequenting the jazz clubs and speakeasies of 133rd St. in New York City’s (NYC) Harlem neighborhood, where he was found in his youth, Hammond listened to the new folk singers in NYC’s Greenwich Village.

But at a rehearsal for Hester’s third album - first for Columbia - Hammond couldn’t keep his eye off a skinny young midwestern man Hester had brought along.

I saw this kid in a peaked hat playing not terribly good harmonica but I was taken with him.”

John Hammond was convinced he found the next biggest star.

Despite protests from Lieberson and other executives Hammond signed the man.

After the young man’s first album sold poorly, other executives at Columbia began to call the artist “Hammond’s folly”.

But Hammond stuck to his convictions. He had felt something that day at the rehearsal, and he trusted what he felt.

I knew that I was going to stick with him no matter what happened.” 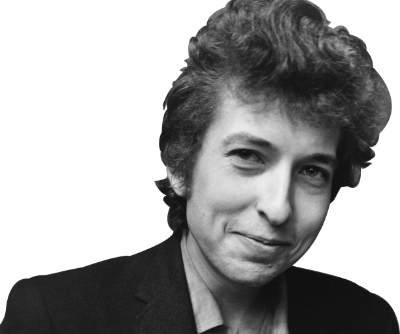 Dylan became one of the most influential figures of the 20th century, musically and culturally. His work was so impactful that, in 2016, Dylan became the first musician to be awarded the Nobel Prize in Literature.

Columbia Records was saved by Bob Dylan, and a whole slew of new artists hand picked and produced by John Hammond.

Let’s break down John Hammond and how his hunch for talent can help your hunch for finding great businesses early.

Learning to identify super talented people before others is one the most underrated skills an investor can develop.

The people component in business - or any field - is important and knowable.

And as more and more decisions, especially in investing, are being delegated to data, the people aspect is getting overlooked more and more.

Data-based analysis is good at identifying people who are flourishing in the game as it has been played in the recent past, but the most brilliant individuals have one foot in the future.

John Hammond was that master. He could identify super talented people before others. More accurately Hammond, time after time, made us reimagine the most fundamental nature of what talent is.

Bob Dylan wasn’t even a good harmonica or guitar player, nor did he sing very well. He was much more than that.

Songs and lyrics that were mainly about love and honeymooning and spooning really changed with Bob Dylan. Suddenly there were songs about thinking and songs that were introspective and looked into a wider range of serious subjects.

Each artist wasn’t merely successful, they propelled music forward in their respective genre.

Hunches, or pattern recognition, are worthless if you invent patterns that aren’t there. The amateur’s hunch is based on secondhand prejudices, insufficiently reflected on or tested. The master’s intuition, like John Hammond’s, is educated and follows a process.

Here is how John Hammond did it. And I’ll describe how investors and entrepreneurs can leverage John’s example.

The Foundation & Flipping More Rocks Than Everyone Else

Hammond, from the age of 14, became a common patron to New York City’s “Swing Street”, a street in Harlem’s neighborhood filled with jazz clubs. Hammond had seen and listened to hundreds of jazz musicians by the time he was 22.

He knew what a great jazz musician sounded like, and he could accurately identify who had a new unique sound. He also knew from experience how audiences reacted to different musicians.

John Hammond flipped over more rocks than everyone else. Jazz critic Otis Ferguson once said:

Drop into almost any nightclub… any recording date or broadcast or audition or rehearsal, and if you stick around long enough, you are almost sure to meet John Henry Hammond, Jr., in the flesh, if briefly.”

Hammond was often one of the only white men to be found in these clubs. He was everywhere, yet saw no color.

Hammond repeated this again in Greenwich Village when he immersed himself in the folk music scene from 1959 to 1961. Few of the recording elite would be found hanging around the stinky hippies of that era.

In the process, John sifted through a lot of garbage. As Benny Goodman recalled, “We [John and I] used to go to a lot of spots at night. We’d go to listen. We used to listen to an awful lot of crap, too.”

Knowledge and data don’t mean anything if one can’t act upon their convictions.

John Hammond was blessed with the circumstances and the temperament to act. He had the courage to follow his intuition.

A&R representatives in the music industry have been driven by profits. Their livelihoods depended on it. The tendency in such a situation is to worry about what people buy. The safer answer is by choosing those who sounded like what had gone before. But you don’t innovate by following the safe path. You don’t push the human race forward with the status quo.

John Hammond was born into wealth. Hammond’s mother was Emily Vanderbilt Sloane. She was great-grand-daughter of Cornelius Vanderbilt, railroad and shipping robber baron. John Hammond’s father was a lawyer, banker and steward for his wife’s estate. Hammond didn’t need to worry about money.

To be fully independent one needs both F you money and attitude.

John Hammond was a rebel. He was a round peg in a square hole. He would rather sit in the basement and listen to his family’s servants sing, than to listen to classical music with his family in the upper floors of their mansion.

Living at a boarding school, Hammond spent many weekends away in New York City listening to jazz music in all black clubs.

John, the only son, was expected to graduate from Yale University. He dropped out of Yale his first year to get into the music record business.

When it came to sales, John Hammond could care less. He only cared about musicians who knocked him off his feet.

John Hammond was a troublemaker who was not fond of rules. And he was attracted to those similar to himself.

Hammond retold in 1984 that he sought the same type of person as himself:

Well, they got something to say. They’re not just folk artists or rock artists. I mean Bob Dylan happens to be a poet. Bruce Springsteen is a poet. I guess maybe I was attuned to that. Also with Bob Dylan he was sort of a rebel. He was against the establishment and so was I. I’ve recorded Pete Seeger and a whole lot of other so-called subversive people. I’ve always gotten a kick out of doing it.”

Wouldn’t you like to increase your talent-spotting abilities, to the level of John Hammond? To find great leaders and businesses well before other people and have the conviction to “latch on”?

Here are some things to consider:

You need to know what greatness looks, sounds and acts like. Most of us don’t have immediate personal access to greatness in our chosen field, or any field.

But we have plentiful access to the minds of history’s most talented through their words, writings and stories.

To find the next great company, next great leader or next great employee you need to flip over more rocks than others.

You need to look in uncommon spaces. The microcap space is one area where it is possible to find tomorrow’s next great company. Just be forewarned that you’ll have to sift through a lot of junk.

A good way to sift through the space is to join communities of high quality investors in the space such as MicroCapClub, SmallCap Discoveries, pockets of Twitter, podcasts, etc.

Be absolutely everywhere where microcap investors are hanging out, like John Hammond.

Build F You Money and Attitude -

Accumulating wealth shouldn’t be seen as an end to a means, but a means to an end. Building wealth affords the circumstances to think independently. It, however, doesn’t equal full independence. Develop your independent thinking.

Leverage your natural bias towards being attracted to those similar to you. To find an intelligent fanatic, you’ve got to be one yourself.

Become fanatical about your pursuit.

Add your own unique twist.